In a test scheduled for this month 15-foot-wide LDSD is supposed to be launched by a helium balloon to a height of 120,000 feet, and then blasted up to 180,000 feet by a solid-fueled rocket engine. Just like that ride a Magic Mountain where they haul you up and then just drop you straight down.

As it descends at supersonic speeds, it would inflate an “inner tube” device to increase its diameter to 20 feet to increase atmospheric drag and (hopefully) slow the descent enough for the deployment of a super-strong parachute.  Sort of a better version of how Curiosity landed on Mars. 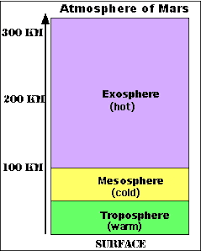 The problem with Mars, and a whole host of other landing sites, is the lack of atmosphere.  Less atmosphere, less drag.  Even if the gravity is less, most of the spacecraft sent are speeding along at several thousand miles/km per hour and currently cannot carry enough fuel to slow down.

If the test is successful, then NASA won’t need to make any more bouncing balls to land craft on our red neighbor.