The “David” in this case scored a victory in a California trademark infringement lawsuit over beauty products.

Mixed Chicks is a $5 million company with less than 15 employees.  Sally operates more than 3,000 stores and generates revenue of $3 billion. Despite its small size, Mixed Chicks was able to carve out a successful niche in the hair care market and even secure the endorsement of Halle Berry.  The company approached by Sally to sell Mixed Chicks products on Sally’s website and in retail locations. However, the two sides never reached an agreement.

According to the complaint, Sally used marks that were confusingly similar to Mixed Chick’s registered marks and mimicked the color, scent, and general appearance of its product. The complaint also alleged that Sally programed the search feature on its website so that when a consumer searched for “mixed chicks,” it only returned results for Sally’s competing “mixed silk” product line. Mixed Chicks alleged that this was intended to “cause confusion or mistake, or to deceive as to the origin of the Mixed Silk hair care products with the intent to benefit from Mixed Chicks’ reputation and goodwill.”

A California jury awarded Mixed Chicks $839,535 in actual damages and $7.27 million in punitive damages, after finding that Sally acted willfully and with malice, oppression, or fraud. Sally subsequently agreed to settle the case for $8.5 million in anticipation of a request for attorney’s fees and disgorgement enhancements. Sally has also agreed to stop selling the infringing product.

As this case highlights, David can defeat Goliath in the intellectual property world.  So it can be worthwhile for small businesses to pursue trademark litigation all the way to trial.

If you, or someone you know, need help with any Intellectual Property issue, from filing a patent, to trademark litigation, or just advice on  how to protect your ideas and your brand, contact me for a free 30 minute consultation at nvantreeck@usip.com or call TOLL FREE at 1-855-UR IDEAS (1-855-874-3327) and ask for Norman.

No matter you party affiliation, today is the day that democracy reigns supreme.  Exercise your right to:

America’s most watched news program will air a story on the Harris County, Texas Veterans Treatment Court this Sunday at 7 PM EST. Join over 13 million viewers of CBS’ 60 Minutes as they go inside the courtroom of Judge Marc Carter for an up-close look at how Veteran Treatment Courts are saving the lives, families, and futures of our veterans.

“I commend Judge Carter and his outstanding team for their service to suffering veterans,” said Justice For Vets Director Matt Stiner. “It is critical that Americans understand that there is a solution when veterans return home struggling to reintegrate into civilian life. This story will not only highlight the important work of Veterans Treatment Courts, but it will serve as a call to action for policymakers and the public alike to demand that Veterans Treatment Courts be immediately expanded to serve our heroes on the homefront.”

My friend and colleague Dr. Rita M. Lauria is the Editor in Chief of a new epublication for the Los Angeles County Bar Associations International Law Section.  This International Law Journal will focus in on the impact of various policies regarding, among other things, space law.

You can view the current issue here (http://www.lacba.org/showpage.cfm?pageid=14288).  The next issue of the journal will focus on Cyber Law.

My previous blog posts on space law caught the eye of Rita, and we began a conversation about our mutually shared interest (gotta love social media).  I was more than happy to 1) let everyone know about the journal; and 2) read the articles.  I know most of you may find it boring legal stuff, but there are some issues for everyone on the planet that need to be worked out.  With China, Japan, India, the EU and the U.S. all putting objects into space, agreements need to be worked out and problems solved.

I post another article later this week on the liability the European Space Agency is facing for a failing satellite they launched.

If you publish ebooks, emagazines, or print books, magazines or newspapers and need to protect your work, or know someone that can use my help, please contact me for a free 30 minute consultation at nvantreeck@usip.com or call TOLL FREE at 1-855-UR IDEAS (1-855-874-3327) and ask for Norman.

Searching around Youtube® today, I found this funny satire by a group, oddly enough, named Satire.  Their video is a parody of LMFAO’s song “I’m Sexy and I Know It” and the events surrounding Curiosity’s successful landing.  A parody is a form of speech protected by the First Amendment as a “distorted imitation” of an original work for the purpose of commenting on it.  For example, when an author or artist ridicules a well-known work by imitating it in a comedic way.

To the extent that the parodist copies material protected by copyright, the publication may be considered a copyright infringement unless excused by fair use.

The doctrine of fair use has developed through a substantial number of court decisions over the years and has been codified in section 107 of the copyright law.

Section 107 contains a list of the various purposes for which the reproduction of a particular work may be considered fair, such as criticism, comment, news reporting, teaching, scholarship, and research. Section 107 also sets out four factors to be considered in determining whether or not a particular use is fair.

The distinction between what is fair use and what is infringement in a particular case will not always be clear or easily defined. There is no specific number of words, lines, or notes that may safely be taken without permission. Acknowledging the source of the copyrighted material does not substitute for obtaining permission.

Copyright protects the particular way authors have expressed themselves. It does not extend to any ideas, systems, or factual information conveyed in a work.

The safest course is to get permission from the copyright owner before using copyrighted material or use material that you know is in the public domain.  Another option is work created under the Creative Commons License.  I will post more about that in the future.

When it is impracticable to obtain permission, you should consider avoiding the use of copyrighted material unless you are confident that the doctrine of fair use would apply to the situation.  If there is any doubt, it is always advisable to consult an attorney with experience in copyright matters.

If you made a video and have questions regarding fair use, or know someone that can use my help, please contact me for a free 30 minute consultation at nvantreeck@usip.com or call TOLL FREE at 1-855-UR IDEAS (1-855-874-3327) and ask for Norman.

Just like the U.S. Air Force’s  X-51 WaveRider hypersonic aircraft, which broke up in less than a minute after launch, my ratatouille also did not survive the day.  Luckily for me, mine was a happy ending with everyone enjoying both my pot-luck dish and the lunch time party in honor of Julia Child’s birthday. 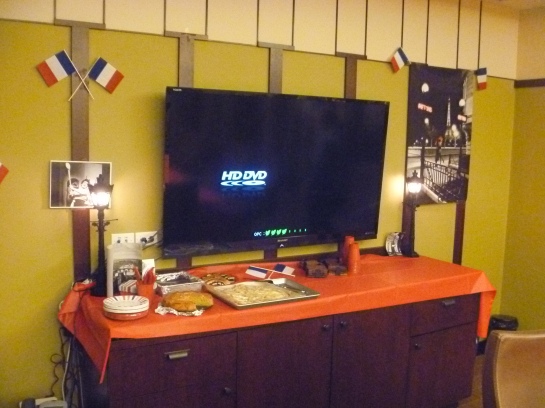 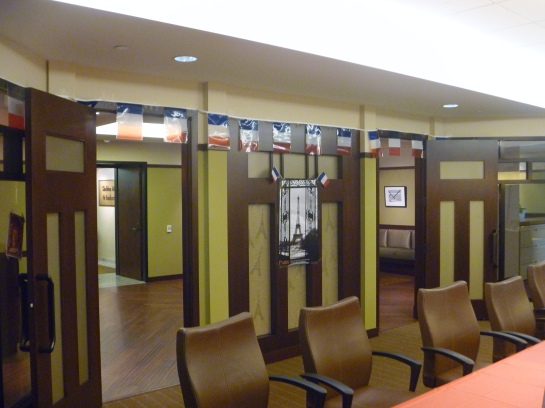 The X-51 had a failure in one of the aircraft’s control fins that caused it to breakup over the Pacific Ocean.