Exoplanets Kepler-56b and Kepler-56c are on the dinner plate for the star that they orbit. 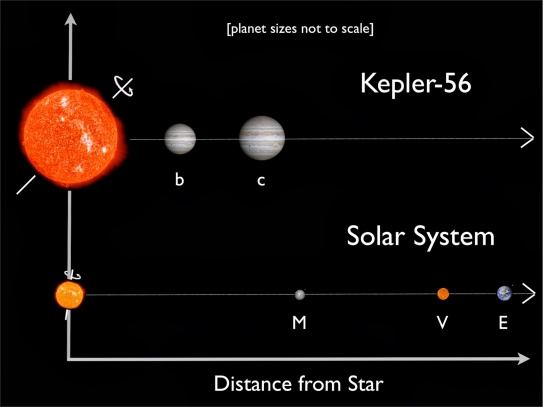 Soon, as far as astronomical terms go, the planets will just be destroyed by the ever expanding star as its nuclear fuel runs out and ongoing war with gravity is lost.

Sadly, in about 130 million to 155 million years from now, the planet will disappear.  However, the planets will be stripped of anything far sooner than that. 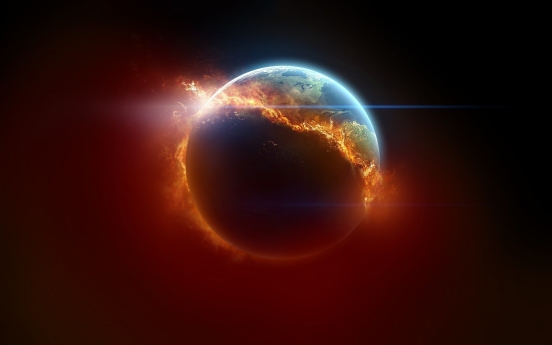 Once the star increases in size about 3 percent, most of any atmosphere on the inner most planet will be gone.  Baked away by the intense heat.  The outer planet won’t fair much better, but it will last a little longer, but the same outcome is in store for it.

Unfortunately, the same fate awaits us.  Luckily, it is about a billion years away (give or take a few hundred thousand years) before the Earth is uninhabitable.  To put that in perspective, we humans only started living indoors and painting pictures on cave walls about 9,000 years ago.

I think we have a pretty good chance of finding a new home by then (provided we don’t bake ourselves like Venus first).