Like the fabled phoenix, the Kepler spacecraft may be rising from the ashes.

Previously, Kepler was going to be re-purposed for near Earth object and asteroid research.  However, NASA has proposed an extended mission, called “K2,” that would have Kepler return to its exoplanet hunt by scanning large areas, focusing on smaller stars. Kepler would use light curves to detect exoplanets that orbit in front of their stars, creating a slight dip in star brightness. This dip is known as a “transit” and thousands of candidate alien worlds have been discovered by Kepler’s sensitive optics.

According to Mike Wall over at SPACE.com, the K2 mission would look out across the Earth’s orbital plane, studying up to six regions in space. Each region will be observed for at least 40 days (with the hope of extending that time to 80 days). Each new region would consist of 10,000 to 20,000 stellar targets.

Considering that this new mission could cover 10 times more area than the original mission could mean that Kepler could still make more outstanding findings.  With already thousands of candidates already needing to be confirmed and reviewed, it could take many more years before all the current data is understood. 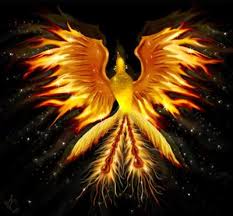