The Cassini spacecraft, now orbiting Saturn, will take a cue from the voyager spacecraft and take a picture of the Earth on July 19.

Like the now famous “Pale Blue Dot” image above, the Earth will appear as a small, pale blue dot between the rings of Saturn.

The image will be taken at a distance of 898 million ([1.44 billion kilometers) away, so it is unlikely that your smile from the back row will be seen.

The Pale Blue Dot image taken by voyager 1 was much farther away at a mere 3.7 billion miles (6 billion kilometers) from Earth using the Voyager imaging science subsystem’s narrow-angle camera with a 1500 mm focal length.  A camera that is not a good as the cameras aboard Cassini, so hopefully it will be an even more exciting image. 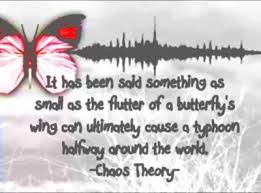 If you believe in the butterfly effect, by joining NASA’s call for everyone to”… join us in waving at Saturn from Earth, so we can commemorate this special opportunity.”  You may inadvertently cause a galactic calamity, but I think it is worth the risk.

So everyone start waving wildly starting at 2:27 p.m. PDT (5:27 p.m. EDT or 21:27 UTC) for about 15 minutes.  You can explain to the people staring at you strangely that you are waving at Saturn for a photo-op.  That won’t make you sound crazy at all.  Trust me.