The heirs of Joe Shuster, a co-creator of the famous Superman comic, recently lost their bid to regain the rights to the Man of Steel. The copyright lawsuit tested the legal doctrine known as copyright termination. 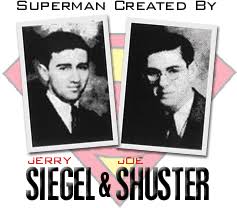 The Copyright Act provides a termination right for the prior grant of a copyright transfer or license if the grant was made prior to January 1, 1978. Termination may be effected at any time during a five-year-period beginning at the end of thirty-five years from the date of execution of the grant. The rationale is that copyright owners of popular works may not have had the bargaining power to secure favorable terms when the deal was originally signed and, therefore, should be allowed a second bite at the apple.

In the end, however, the heirs of Joe Shuster were unsuccessful in their attempt to recapture the rights to Superman from DC Comics. The case came down to a 1992 agreement between DC Comics and two of Shuster’s siblings. Under the agreement, DC agreed cover Shuster’s debts at the time of his death and pay his sister Jean $25,000 a year for the rest of her life. In exchange, Jean and Shuster’s brother Frank re-granted all of Shuster’s rights to DC and vowed never to assert a claim to such rights.

DC Comics argued that the 1992 agreement superseded any previous agreements over the rights to the popular comic and therefore barred Shuster’s heirs from taking advantage of the termination provisions of the Copyright Act. A California federal judge agreed.

“In sum, the Court finds that the 1992 Agreement, which represented the Shuster heirs’ opportunity to renegotiate the prior grants of Joe Shuster’s copyrights, superseded and replaced all prior grants of the Superman copyrights. The 1992 Agreement thus represents the parties’ operative agreement and, as a post-1978 grant, it is not subject to termination under 17 U.S.C. § 304(d),” the opinion states.

It is important to understand the legal ramifications of any agreement regarding your intellectual property rights. To find out how I can protect your rights, please contact me for a free 30 minute consultation at nvantreeck@usip.com or call TOLL FREE at 1-855-UR IDEAS (1-855-874-3327) and ask for Norman.